Exactly one year ago we released the free ‘Zauberschwein by candlelight’ EP by Fremdkunst. This was the first in a series called ‘Zauberschwein im krankenhaus’. After the release of part […]

By fremdtunes Posted on December 5, 2011

We are extremely proud to introduce: Fremdblend – tunes for the future – volume three: a mix of snippets of recent and upcoming releases. Smoothly mixed by the always-accurate Mister […]

To promote the new music release by OptiMace “This Music Is Not Music” (FREE), on Kitchen Dip, Kitchen Dip and Fremdtunes are holding a contest! This contest is based around the song “Invasion of […] 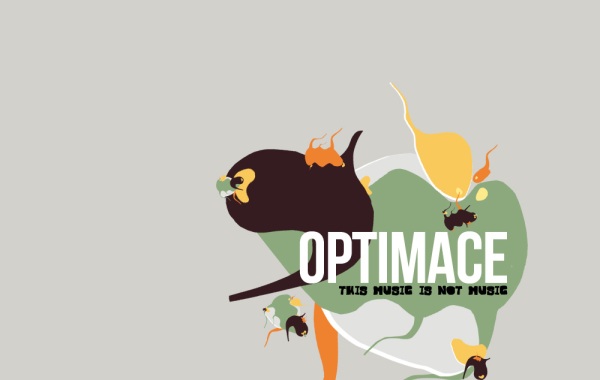 Novelties from Fremdtunes HQ! First of all: we, under the alias of OptiMace, just released a brand new EP called ‘This music is not music’ on the great netlabel Kitchen […]

By fremdtunes Posted on September 7, 2011

Another free brand new Fremdkunst track featuring saxophone virtuoso Erwin Vann on a downtempo hyperspacebeat, produced by DJ Mace. This track preludes ‘Zauberhulk’ which is part of the series ‘Zauberschwein im krankenhaus’ by Fremdkunst. Enjoy and make sure you stay up-to-date and receive more extra’s via our mailinglist.

USED FUTURE OUT NOW ON VINYL!

The past 3 years we’ve been sweating our heads off to accomplish this release and now it’s finally there: the official vinyl debut by OptiMace: ‘Used Future’. It sounds crispy & dusty and it looks shiny & enchanting. Make sure you order the vinyl quickly: The record’s pressed in limited numbers! … The EP is available at the following shops and […]

Within two weeks  the EP ‘Used Future’ by OptiMace will be out on Fremdtunes! Digitally on April 11th (Boomkat, Juno, Amazon and others) and physical on April 18th (Rush Hour, Fade and others). DJ Optimus made a snippet mix of this upcoming release. Listen to it and leave a comment! OptiMace – Used Future – snippet-mix by DJ Optimus We also have […]

OPTIMACEVILLE – INVASION OF THE LETTERMEN

We at Fremdtunes are currently finishing the debut EP ‘Used Future’ by OptiMace. Klaas Verplancke & Mister Adam are finishing the artwork and we’re to start telling the world about this release. But before we can any further we’d like to introduce you to the track ‘OptiMaceVille – Invasion of the Lettermen ‘. It’s a track that resulted from a […]

By fremdtunes Posted on February 3, 2011

By fremdtunes Posted on December 9, 2010

By fremdtunes Posted on November 2, 2010

FREMDBLEND – TUNES FOR THE FUTURE – VOLUME ONE

For your listening pleasure, we’ve put together a mixed-snippet-tape called Fremdblend – tunes for the future – volume one: a mix of snippets of recent and upcoming releases by Fremdtunes and […]