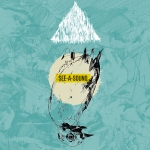 Music inspires designers. Images inspire musicians. The project SEE-A-SOUND, initiated by Fremdtunes and Mashville, shows you what music looks like according to designers and let’s you hear what images sound like according to musicians. One discipline provides inspiration for the other. This album contains the 10 tracks that resulted from the collaborations for SEE-A-SOUND in 2011/2012, coming from Coco Bryce, DJ Grazzhoppa, DJ Mace/Fremdkunst, DJ Optimus, Jameszoo, Julian Edwardes, Kelpe, R&R Grooove Xpress, Solo Moderna and Soosh. They were inspired by the works of Attak, Boris Tellegen, Graphic Surgery, Jeroen Erosie, Loulou & Tummie, Michiel Schuurman, Mister Adam, Staynice, Studio Boot and Supernova.

The LP’s artwork is done by Rutger Termohlen. Design by Mister Adam.

Catch a glimpse of the project on youtube and make sure you stream the full LP on Spotify!