On a regular bases we’re inviting talented, befriended DJ’s and/or radio-hosts to do a mix for our ‘Weather Fremdcast’. After previous mixes by Emufucka, Nifkin, R&R, Pathless, Frybread, Coco Bryce, […]

BMD REMIXES BY HUESS AND PLANES

The brand new ‘Disconnected Repeater‘ EP by Big Mister Doom contains two remixes by familiar faces from the UK. One’s done by Planes (a.k.a. Point B), who pilots ‘Genus‘ with mighty bass-driven beats into a new aerospace. Planes just finished his phenomenal 3-track EP ‘Mind Reader’ (here you’ll find some soundbytes) and will be released on March 27. Huess (Inaudible Answer) […]

To celebrate the release of their new EP ‘Disconnected Repeater‘ out tomorrow, Ian and Joe of Big Mister Doom present a mix of some of the sounds the two have been enjoying recently. Some old cuts, some new and a couple of remixes from the new record. Enjoy! 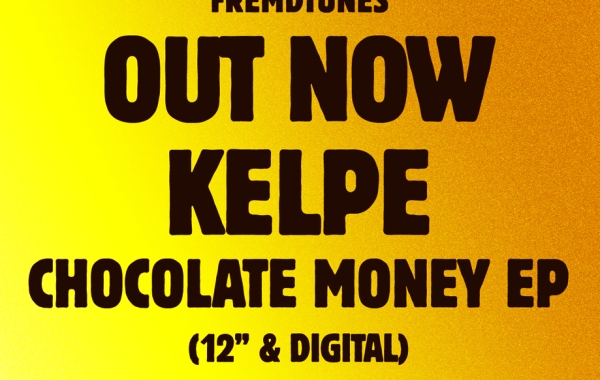 Today (November 22nd) we celebrate the release ‘Chocolate Money EP’ by Kelpe! It’s a 4-track 12″ by the British sonic-adventurer and features 2 remixes by UK-artist Huess and Dutch-producer/DJ Coco bryce. […]

A lot has been going on at Fremdtunes HQ. First of all, we are about to release the ‘Chocolate Money EP’ 12″ by Kelpe ft remixes by Huess and Coco […]

November 22nd is the official releasedate of Kelpe’s ‘Chocolate Money EP 12″‘  (pre-order right here http://www.rushhour.nl/store_detailed.php?item=57145), a tasty treat by Kelpe featuring remixes by Huess & Coco Bryce. Superelectric made a teaser for this upcoming EP, the original artwork is done by Mister Adam.

By fremdtunes Posted on November 4, 2010

‘CHOCOLATE MONEY EP’ BY KELPE OUT ON NOVEMBER 22nd