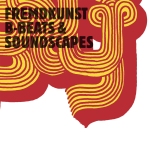 Fremdkunst was initially released independently in 2007 (in a very limited pressing) and is re-released in a new and revamped style – both musically and visually. Fremdkunst was the main inspiration for starting Fremdtunes, so it’s only right that this album is the label’s first release.

Press on Fremdkunst
3voor12 website: “DJ Mace and his friends speak to body and mind on this soulful hotchpotch. The quality is consistent and the result is a good, innovative album….”
Giel Beelen (Radio 6): “New Dutch heroes…”
Hiphopinjesmoel.com: “…it sounds very good.”
Live XS: “Original, diverse and experimental are the keywords”
Statemagazine.nl: “A unique self-produced music-collage…”
Volkskrant on Fremdkunst XL live: “adventurous and at some points grand…”
FRET Magazine: “An outstanding kick-off for a new label and a nice, new acquaintance with turntablism” (translated from Dutch).