GET YOUR DIGITAL VERSION: ADDICTECH, AMAZON, BEATPORT, BLEEP (RECOMMENDED), BOOMKAT, DIGITAL TUNES (FEATURED), ITUNES, JUNO DOWNLOAD…and any other download store near you. And of course: it’s on Spotify!

Dutch producer Coco Bryce presents Club Tropicana! His second LP for Fremdtunes, released in both vinyl and digital formats. Having already worked with the likes of Kelpe, Pixelord, Slugabed and Krampfhaft this release is Bryce’s second album and his most ambitious and outrageous yet.

What do you get if you put 80s pop, Skweee, trap, jungle and modern dance music together in a blender? Club Tropicana, Coco Bryce’s second album and his most ambitious and outrageous work to date.

On Club Tropicana the Dutch producer indulges in the sort of musical alchemy that on paper sounds like a recipe for disaster, and yet as the album unfolds the concoction Bryce brews proves potent and addictive. Tapping into his own self-confessed omnivorous musical interests, Club Tropicana echoes Coco Bryce’s musical career from the Hardcore days of the mid-90s, tekno and electro through to the new school of electronic hip hop, the funk of Skweee and the melodic synth styles of dubstep and trap. 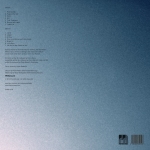 The mood stays upbeat across the album’s 14 tracks, carefully balancing experimentation, especially in the melodies, with more direct, catchy hooks and rhythms. The album opens with ‘Raw Update’, Bryce invoking the ghost of Michael Jackson for an ‘80s bash that doesn’t take itself too seriously. Hip hop heads will find plenty to nod to, and get down with, on ‘Polaroid Sunset’, ‘That’s Life’ and ‘Lily’s Song’ twisted hip hop joints that flirt with club aesthetics and smoked out trippy vibes. There’s more than a hint of the likes of Dabrye in there yet Bryce knows where to draw the line between inspiration and biting.

He also indulges his self-confessed love of jungle with ‘Sonic’ and ‘Lucid’: on the former with crisp, hyperactive edited breaks balanced against spiralling melodies and on the latter with more subtle rhythms and a deeper bass line that takes control of your body. Skweee is also on the menu with ‘Bronze’ – featuring Dutch producer Halp – and its detuned/deranged melodic interplays and with ‘Bright Lit’ where a xylophone crashes the party without feeling unwelcome.

There’s also a hat tip to the current dirty south revival on ‘Loopa’ and ‘One Love Holmes’, the latter a collaboration with Japanese labelmate Emufucka. Cleverly positioned amid all of this are two more ambient interludes, ‘004’ and ‘All Day’, acting as the perfect palate cleansers before getting stuck into it all again.

Much like today’s hyperactive, always on, internet-driven culture Club Tropicana can be a lot to take in at first. Yet efforts to engage with Bryce’s eclectic work will be rewarded with not just fun but also a sense that the Dutch producer has distilled everything that is great about omnivorous musical tendencies. It’s a ride, so strap yourself and come along.